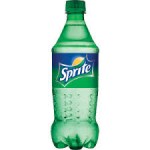 As a competitive bass fishermen I am also looking for a way to take better care of my fish in the livewell to assure a live release after weigh-in. A follow competitor told me about using Sprite or Ginger Ale to stop a fish from bleeding. When you catch a few that took a bad hook you have to make a decision to either release it immediately or try to keep it alive in the livewell. Several occasions now I have hooked a fish in the tongue or the gills and the fish was bleeding excessively. In each instance I held the fish over the side of the boat and pour about 1/2 of a 20oz sprite into the fishes mouth and through the gills. I gave the fish about 10 seconds and placed them in the livewell. The fish never bleed again and was released unharmed after weigh-in. I am not saying this is a full proof solution to a fish in distress, but if it helps save one fish it is worth keeping a soda on board.